Lindisfarne Productions provides award-winning Edmonton videographers, video producers, directors, photographers, editors, and writers for commercials, corporate and industrial video, video for Non-Profit and Governmental organizations, and much much more. Read more about our crew below. 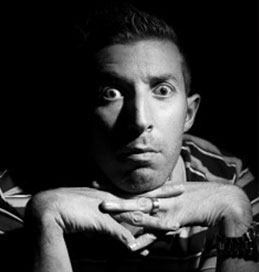 When basic physics dashed Simon’s boyhood dream of floating in a luminous anti-gravity jumpsuit high above the continent, he turned his eye to the world of video production. And he’s never looked back. Or down. After graduating (with distinction) from the Northern Alberta Institute of Technology Radio and Television Program, Simon went on to produce, direct, and serve as Director of Photography on hundreds of corporate, government and commercial productions. All while wearing regular, down-to-earth clothes — that he knits for himself. Despite his humble nature, Simon’s not above accepting awards. He won prizes for Best Promotional Video and Best Motivational Production respectively at the 2010 and 2012 Alberta Film and Television Festivals. In 2012 he won three ACE (Advertising Club of Edmonton) Awards including Best Overall Video Production (2012). 2013 added two additional ACE Awards of Distinction to an already crowded trophy shelf. He still looks back with particular fondness on his single greatest achievement: his Grade One Participant Ribbon. It’s not all work for Simon. He fancies himself a modest talent at soccer (or “football”, as he so quaintly puts it), enjoys spending time with his children (“kids”), and has been known to put back a pint (“gallon”) or two of beer while staring wistfully at the sky. 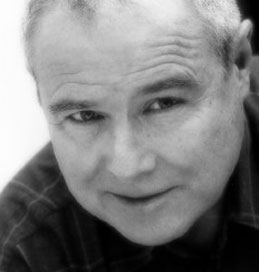 Writer. Actor. Producer. Director. Thrice-decorated, twice-attacked lion tamer. That last credit’s a bit of a stretch, but Fred is a skilled and fearless award-winning filmmaker. And old. For centuries Fred’s been telling stories in front of and behind the camera for the motion picture industry, private companies, and provincial and federal governments. Not all at the same time, of course, as that would be impossible! Fred’s racked up over 100 feature film and television credits on IMDB – though Simon reminds us that most of Fred’s scenes end up on the cutting room floor. A voting member of the Academy of Canadian Cinema and Television and the Writer’s Guild of Canada, Fred received the David Billington Award (2003) recognizing his contribution to Alberta’s production community and honoured with the Alberta Centennial Medal (2005) for his work in Alberta-based media projects. Further cementing his courageous reputation, Fred has proven his fortitude over the past (too many to count) years by demonstrating his ability to work in close surroundings with cunning, instinctive beasts: the Lindisfarne team. 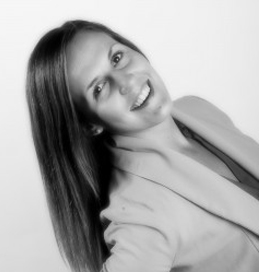 Ask Sheena why she’s known as the “Godmother of Taxidermy” and she’ll politely change the subject and explain that making videos has always come naturally to her. At the age of ten, Sheena produced her first in a long series of Spice Girls tribute videos. Ever since achieving this audio-visual tour-de-force, Sheena has known: a life in production is all she wants (All she really, really wants!). Her passion for storytelling using pictures led to her enrollment at the Northern Alberta Institute of Technology Radio & Television Arts Program, and soon after graduation young Sheena got with her friends here at Lindisfarne. Now fully grown, Sheena focuses her extensive producing and directing skills on meeting – and exceeding – her clients’ needs. And though she’d never admit it, her skill at managing those needs makes her a respected asset, both on location and throughout the entire production process. Her technical knowledge of production and post-production matters has been pivotal to serving Lindisfarne’s client base. Amazingly, Sheena has been able to acquire all this valuable expertise while possessing an incredible skill: the ability to silently move her ears back and forth. Having previously made her home in exotic locales such as Port Hawkesbury Nova Scotia, Burlington Ontario, and Temiscaming Quebec, Sheena now resides at an undisclosed location somewhere in Edmonton. Don’t ask. 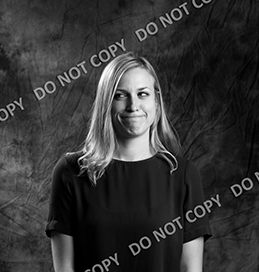 If there’s a board game where the object is to grow up, travel, learn, and get all kinds of experience while advancing to higher levels of skill and success, then Kelsey van Moorsel is the winner of that game. And it should be named after her, too. Born in Taber, Kelsey grew up in L.A. (okay, Lethbridge, Alberta – the traveling part starts later) and Red Deer. As a young girl she wanted to be a detective, but later had a Clue she might want to roll the dice and take a Risk on something different in Life. And that’s how Kelsey began the untrivial pursuit of her dream: to be a player in the entertainment industry. After getting her certification in Communications at Red Deer College, Kelsey made her move to Toronto, where she enrolled in Ryerson University’s Radio and Television Arts program.  In the middle of all that Kelsey traveled in New Zealand and Australia, where she continued to hone her television production skills. In 2010 she joined a Toronto-based talent agent for writers, actors, and directors. After eight and a half years in Toronto, Kelsey has circled the board and returned to Alberta, where her latest winning move is capturing our hearts as the newest member of the Lindisfarne team. As a former talent agent, Kelsey has a few talents of her own. For one, she can drive a forklift. In her world, Extreme Organization is a sport. And we defy you to find anyone better at lyric retention (she knows all hundred and fifty-eight verses of the Forklift Safety Song, including: “Stay on level ground so there’s no slipping, Stack your load so there’s no tipping…”). When she isn’t hard at work, Kelsey can be found swimming, traveling, camping, reading, and – of course – playing video and board games.

No one knows where he came from or who does his hair. But the night David Baron rode into town, the locals could tell: there was something different about him. Using our in-house private investigator, here’s what we’ve learned: David is an experienced Director of Photography.* Also that his credits include a wide variety of videos, commercials, and productions for broadcasters and for corporate and government clients.* For a number of years David has been Lindisfarne’s Director of Photography Guy on a number of award-winning corporate, government, and non-profit projects.* He’s the only person we know who wears a sunglass monocle. And he has a degree in electrical engineering*, specializing in nanotechnology*, which apparently is Latin for “the art of dwarfs.” The same eyes that David uses to burn a crater into your very soul he uses behind the camera to capture brilliant images — images that would burn holes in our editing equipment if we didn’t use powerful filters. Even though we fear and don’t understand him, the Lindisfarne team likes having David around.* *Actual facts.